Design for a ONG

AMAT is a non-profit organisation that helps people with addiction problems al along Cantabria, Spain. It has been working for more than 40 years, and it is based on Torrelavega.

My projects for this organization has been focused on giving a modern look to its image to getting closer to public, and by this way, putting away the kind of fear that people has to this type of establishments. Crossing AMAT doors is hard, so my mission was making this a little bit easier.

On one hand, AMAT has passed from a marginal look to an aseptic one, as any other clinic. This started from a reform of the place that continued with the website, social media, stationery, and all its corporate image.

On the other hand, advertising campaigns were created to promote AMAT’s March o other kind of awarness campaigns. In this campaign the colorful designs had been one of the most important elements to transmit a positive and vital look.

The website was refresh not only that could be more accessible although to provide more information and resources that can help people, like: information about addictions, alternative leisure, ways to afford addiction problems, an anonymous mailbox for questions, etc.

Visit the web in: http://amattorrelavega.es 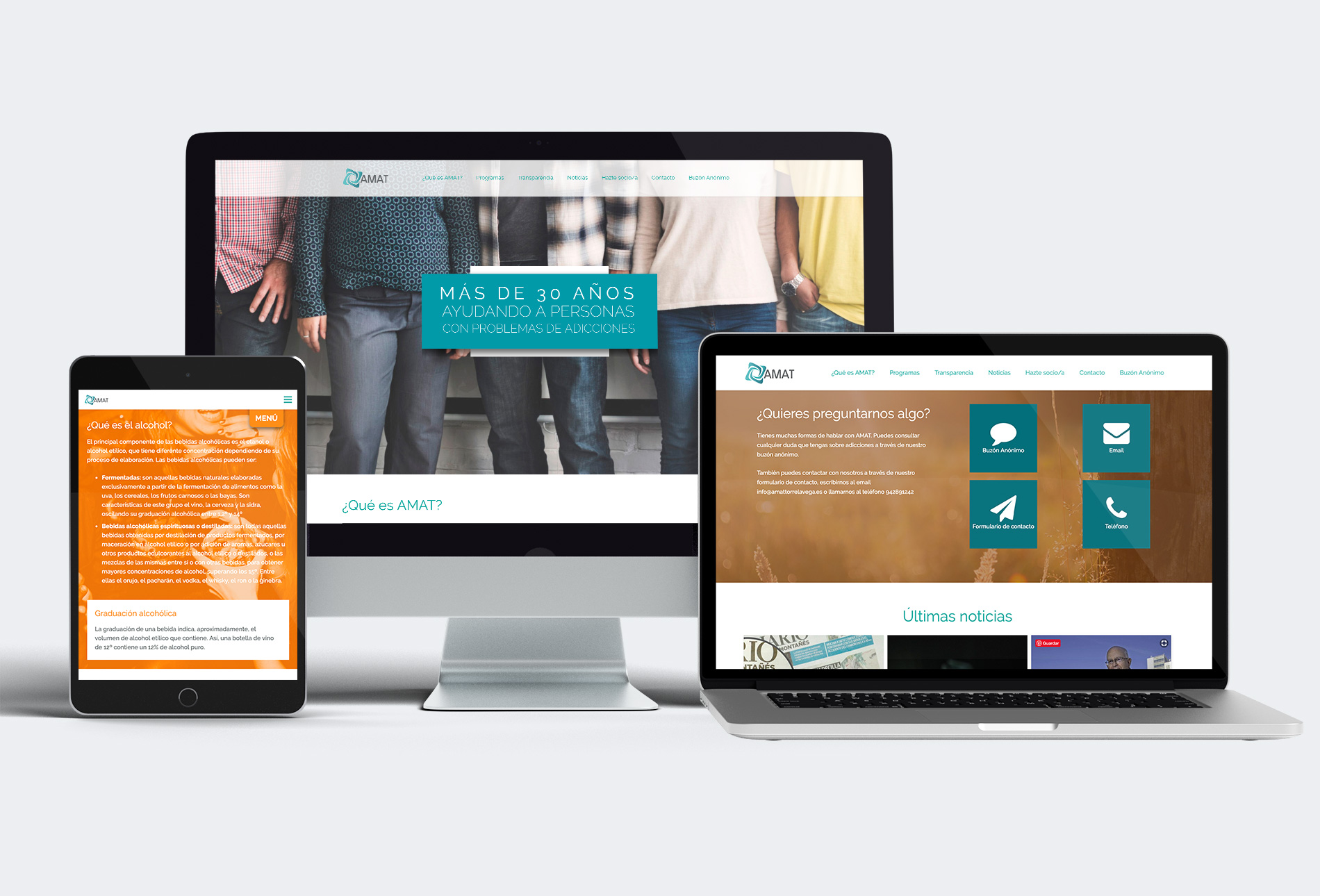 AMAT’s March is a solidarity event whose benefits go to the association. Every October 12th people march against addictions, joining last edition 6.000 people.

A complete imagen had to be design including posters, videos, social media items, stickers, t-shirts…

Informative material is basic for prevention of addictions. A well-informated population has lower risk of developing the disease. Informative campaigns had been design including flyers, landing pages, social media items, videos, workshops and talks. 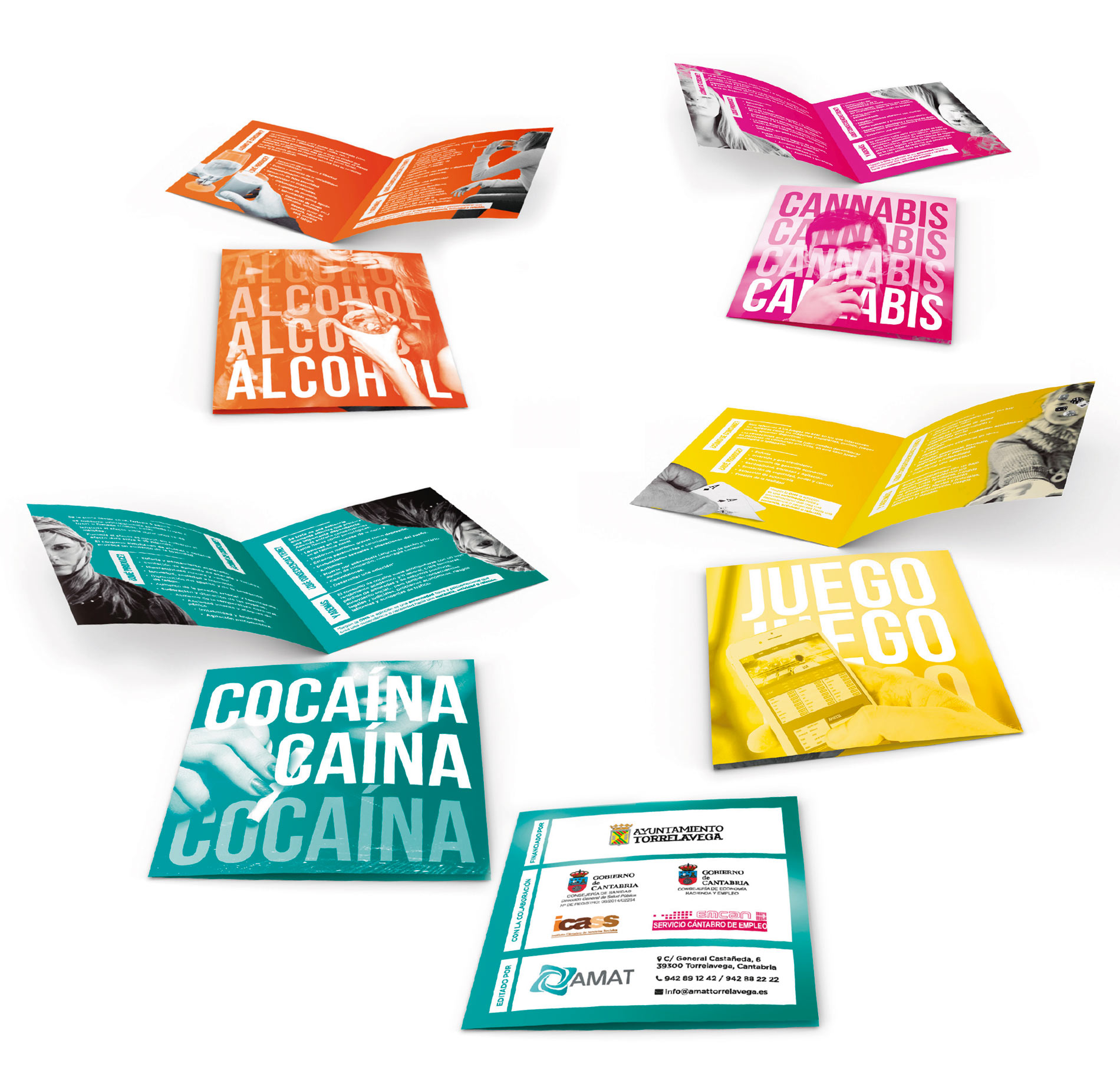 Every year, children of all around the province collaborate with their drawings to make the prevention calendar. The selected drawings are included with the final design that bets for color in a big size. 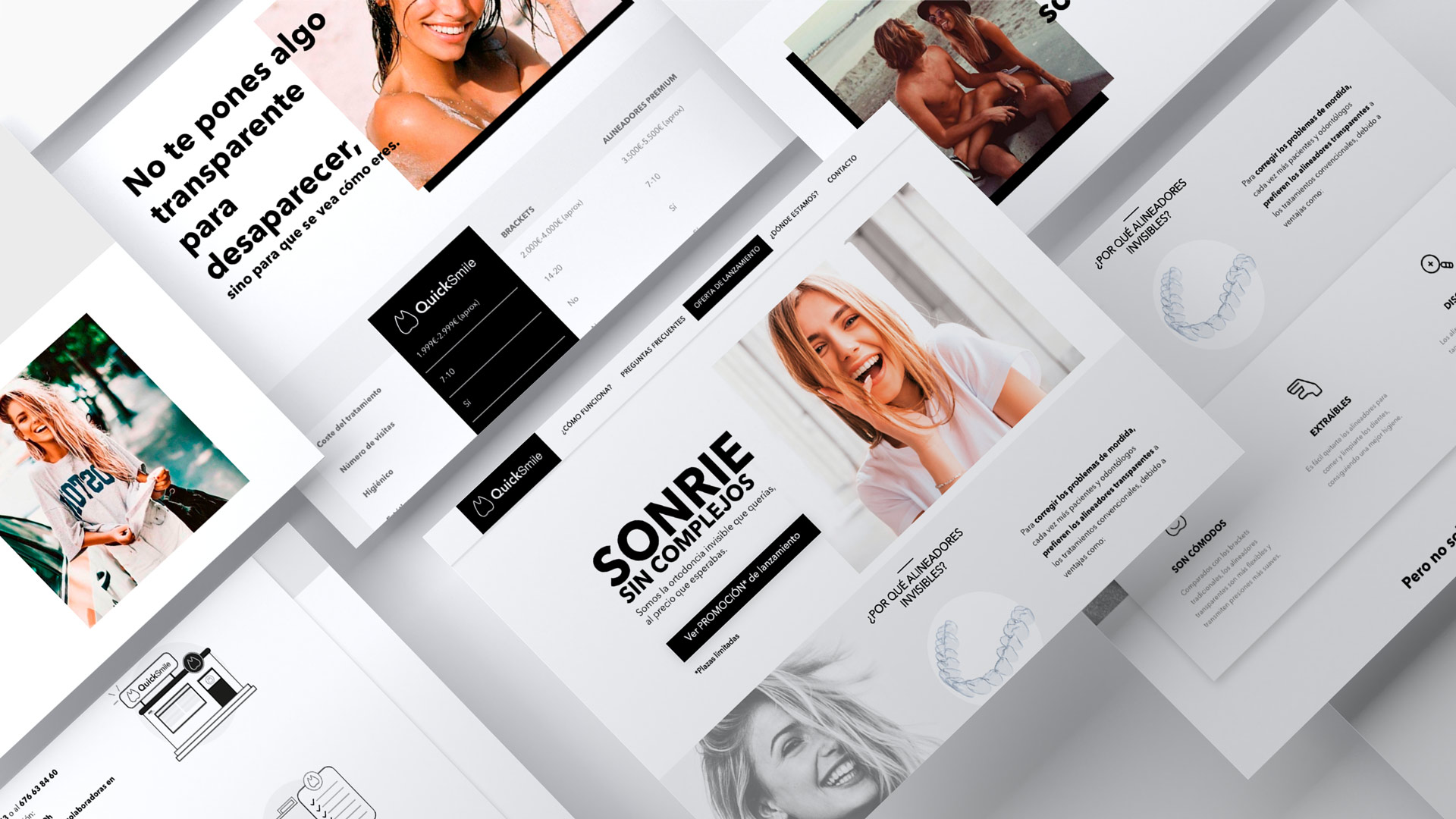 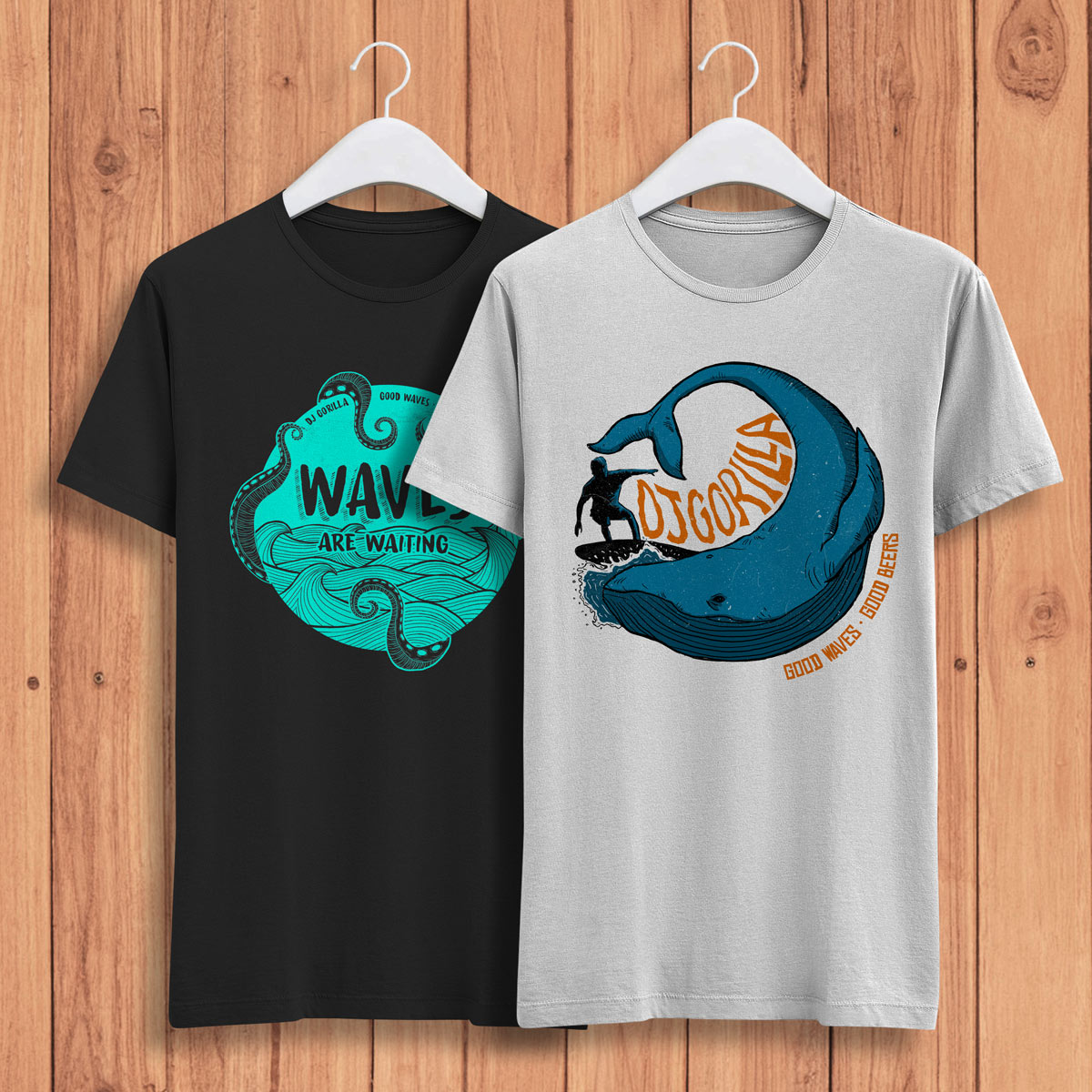 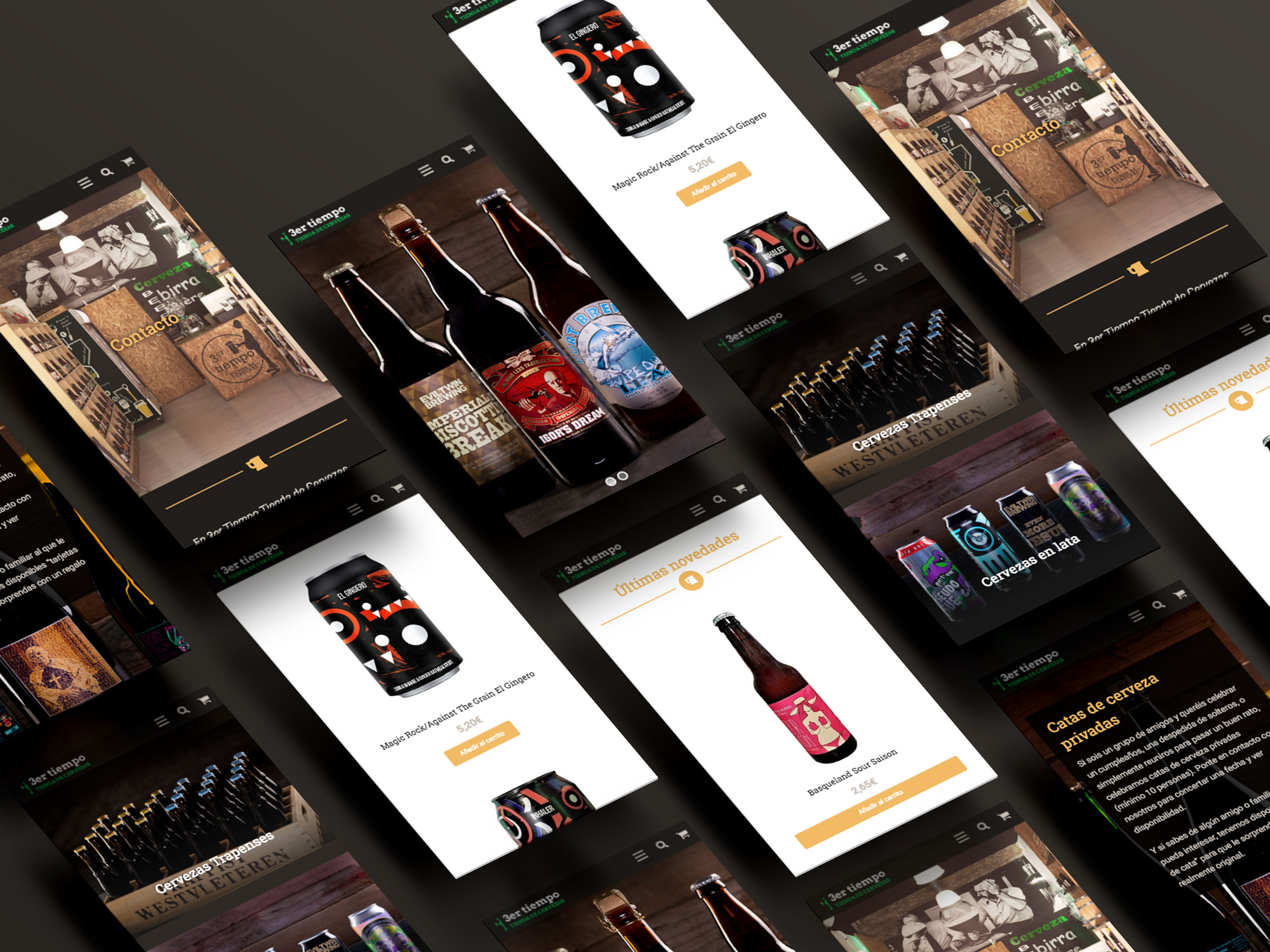